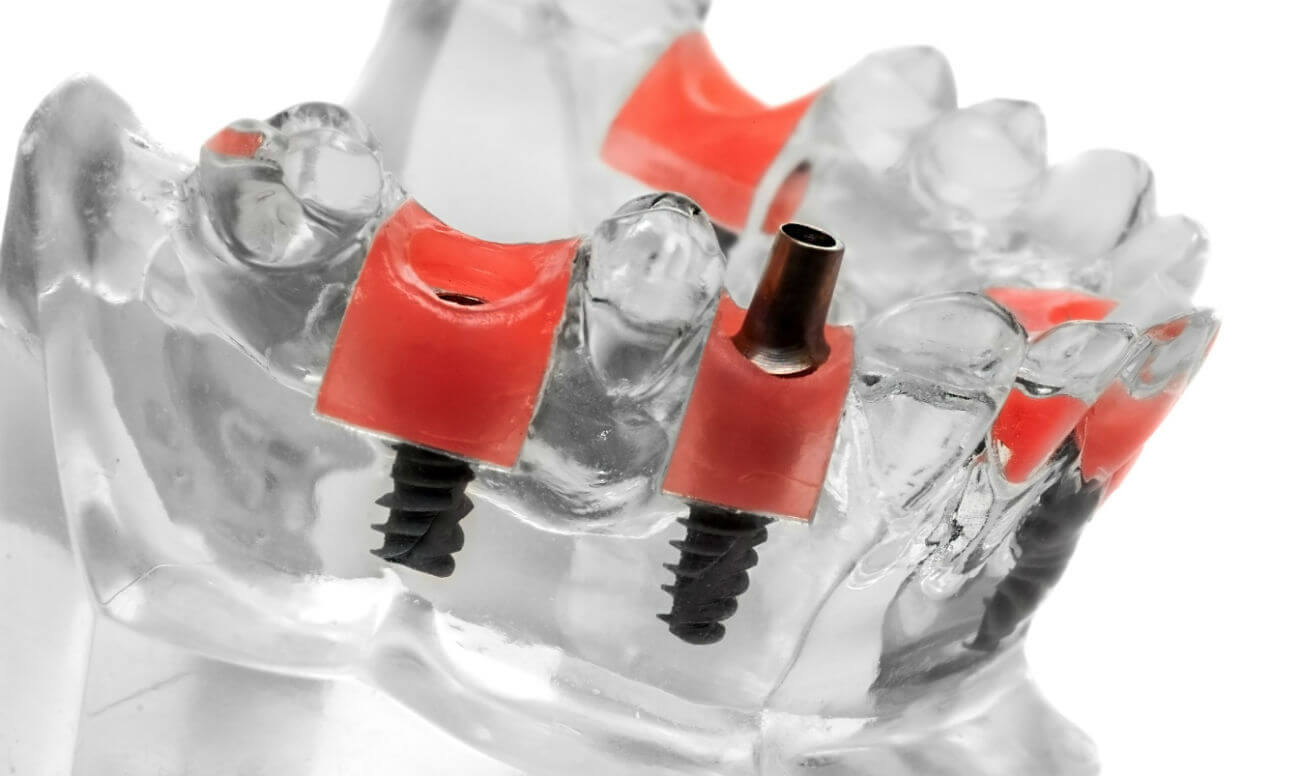 One-stage implantation is called the installation of dental implants at a time at the dentist, or a maximum of a week after tooth extraction. During implantation, a strong intraosseous element is inserted into the gum, thus replacing the lost tooth root. This element is made of titanium and can have various shapes, but most often it is similar to a threaded rod. As a rule, the operation is performed immediately after the extraction of the tooth, for this the root canal is expanded and the implant is placed so that its head protrudes beyond the edge of the gum. The procedure is carried out in less than an hour, on an outpatient basis using local anesthesia.

Most often, the operation to install the implant is performed after the extraction of the tooth. Then the root canal is expanded and the implant is placed. Since its head protrudes beyond the gum edge, it is possible to install a temporary crown on the same day.

With a one-stage implantation, fewer surgical procedures are performed, a high cosmetic effect is achieved due to the fact that it is easier to work with the gums, and there is no need for gingival plastic in the future (as with two-stage implantation), there is no need to change the configuration, as the original contour is preserved. But with this technique, the risk of complications is higher, since it does not involve suturing the hole and isolating the implant.

Whichever type of implantation you choose, you need to understand that osseointegration (engraftment) of the implant takes the same time: 6 months for the upper jaw and 3 for the lower one. Until the process of engraftment is over, full-fledged chewing loads cannot be applied to the implant, therefore permanent prosthetics in both cases is possible only after 3 or 6 months. Prior to this, in the one-stage method, an abutment is put on the implant, which connects the part to the crown, and a temporary crown.

Despite the fact that with a one-stage implantation, the patient can immediately receive the restoration of the aesthetic defect in the smile, two-stage dental implantation is used much more often, since it has a much smaller number of contraindications and a higher percentage of engraftment. 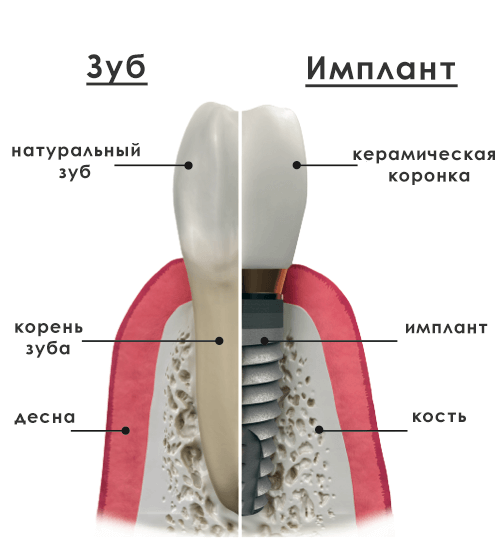 The general condition of the patient's body is of great importance, and there should be no contraindications to the operation. To do this, the dentist must give the necessary recommendations and prepare the patient for the procedure. The possibilities of medicine and the variety of implantation systems make it easy to eliminate most contraindications, except for general and absolute ones.

For example, reluctance to quit smoking is an almost incompatible factor for high-quality implantation. Smoking significantly increases the likelihood of implant rejection, therefore it is recommended to stop smoking at least 10 days before the implantation.